Independence of the institutions fighting corruption is one of the most important standards that ensures effective fight against corruption, accountability, high degree of transparency and, therefore, high level of public trust.

In order to overcome mentioned challenges, it is crucial that Georgia adheres to the recommendations of international anti-corruption institutions. In this regard, it is especially important to use the platforms of international initiatives, where Georgia, in addition to sharing the experience, may undertake commitments to make changes in specific areas.

The most relevant international platform for implementing the above-mentioned changes and reforms is the Open Government Partnership (OGP). Within this platform, state institutions cooperate with the civil society organizations and agree with them on the commitments to be implemented. The OGP aims to increase the involvement of civil society in important reforms; introduce innovations and technologies; increase access to information; strengthen transparency and accountability of state agencies.

The anti-corruption commitments of the Member States of OGP can be divided into several groups:

– Carrying out the activities of political parties in accordance with the standards of ethics and integrity.

At the same time, OGP member states are taking various measures to reduce conflicts of interest in public service, eliminate corruption and establish ethical rules of conduct. In particular, the 2012 OGP Action Plan for Montenegro envisages the establishment of a Council of Ethics as an independent body to implement the Code of Ethics within civil service. The council will consist of representatives of public sector and trade unions. The Council will ensure the introduction of a code of ethics in the public sector as well as awareness-raising on ethical norms and will strengthen internal control mechanisms to detect corruption and conflicts of interest in the tax and customs administrations.

Serbia’s 2014-2015 Action Plan envisages increasing the rights and detailing responsibilities of the existing anti-corruption agency to better deal with conflicts of interest cases and control property and income of high-ranking officials.

It should be noted that independent anticorruption agencies are mostly typical of Eastern Europe and EaP countries, where corruption is a significant challenge to democratic institutions and socio-economic development. In Ukraine, for example, the National Anti-Corruption Bureau (NABU) has been set up supervised by the board composed of civil society representatives. At the same time, the Action Plan of the OGP Ukraine for 2018-2020 envisages the creation of a register of beneficiary owners for the transparency of beneficial property. While corruption in Ukraine remains a challenge to this day, the actions taken by the state are aimed at eliminating problems and improving the situation in the public and private sectors. Although the creation of independent anticorruption agencies are more common in post-socialist countries, institutional arrangement of the fight against corruption are also found in Western Europe. In this regard, the example of the United Kingdom is also noteworthy, where an anti-corruption service has been established within the Cabinet of Ministers and where the involvement of civil society contributes to the independence of the service.

At the same time, as international experience proves, strong anticorruption mechanisms are characterized by independence, well-defined rights and responsibilities, and the exercise of control over the conflicts of interest of high-ranking officials. Accordingly, the development of such an anti-corruption mechanism depends on the cooperation of civil society and state institutions, the active involvement of civil society and the introduction of international standards that will promote the independence and effective functioning of the anti-corruption service.

On August 14, the Bureau of the Supreme Council of Ajara approved the first Open Governance Action Plan for 2020-2021.

The Open Governance Action Plan of the Supreme Council of Ajara for 2020-2021 has been developed within the framework of the European Union (EU) and United Nations Development Program (UNDP) project “Consolidation of Parliamentary Democracy in Georgia”. The project is closely cooperating with the Institute for Development of Freedom of Information (IDFI) to promote Open Governance Principles at the Parliament of Georgia and the Supreme Council of Ajara (SCA).

The Chairperson of the Open Governance Council David Gabaidze, who is also the Chairperson of the SCA of Ajara, opened the meeting. The United Nations Development Programme (UNDP) Project Manager, Sopo Guruli, Executive Director of the Institute for Development of Freedom of Information (IDFI), Giorgi Kldiashvili, and, the Head of the Consultative Group of Open Governance Council, Regional Coordinator of Transparency International – Georgia (TI) Malkhaz Chkadua also addressed the attendants.

In the frames of the workshop, recommendations and proposals for the Action Plan were presented by the members of the Open Governance Council and the Consultative Group, and by the Staff of the SCA. It is noteworthy that the UNDP, IDFI, TI-Georgia, the Governance Monitoring Center, Institute of Democracy (IOD), Civil Society Institute (CSI), Network of Centers for Civic Engagement (NCCE), Coalition for Independent Living, and Changes for Equal Rights – proposed draft commitments for the future Action Plan.

The proposed initiatives aim to enhance the openness and accountability of the legislative body, improve civic engagement and public service delivery. Suggested draft commitments also cover such topics as strengthening the oversight mechanism of the executive branch with the support of civil society participation, increasing citizen involvement in the law-making processes, introducing various services through the webpage of SCA, live broadcast of the SCA sessions, increasing the List of information to be published proactively and publishing the information in easily editable format. The proposed initiatives also included establishment of Civic Engagement Center and adaptation of the website and the building of the SCA to the needs of the people with disabilities. 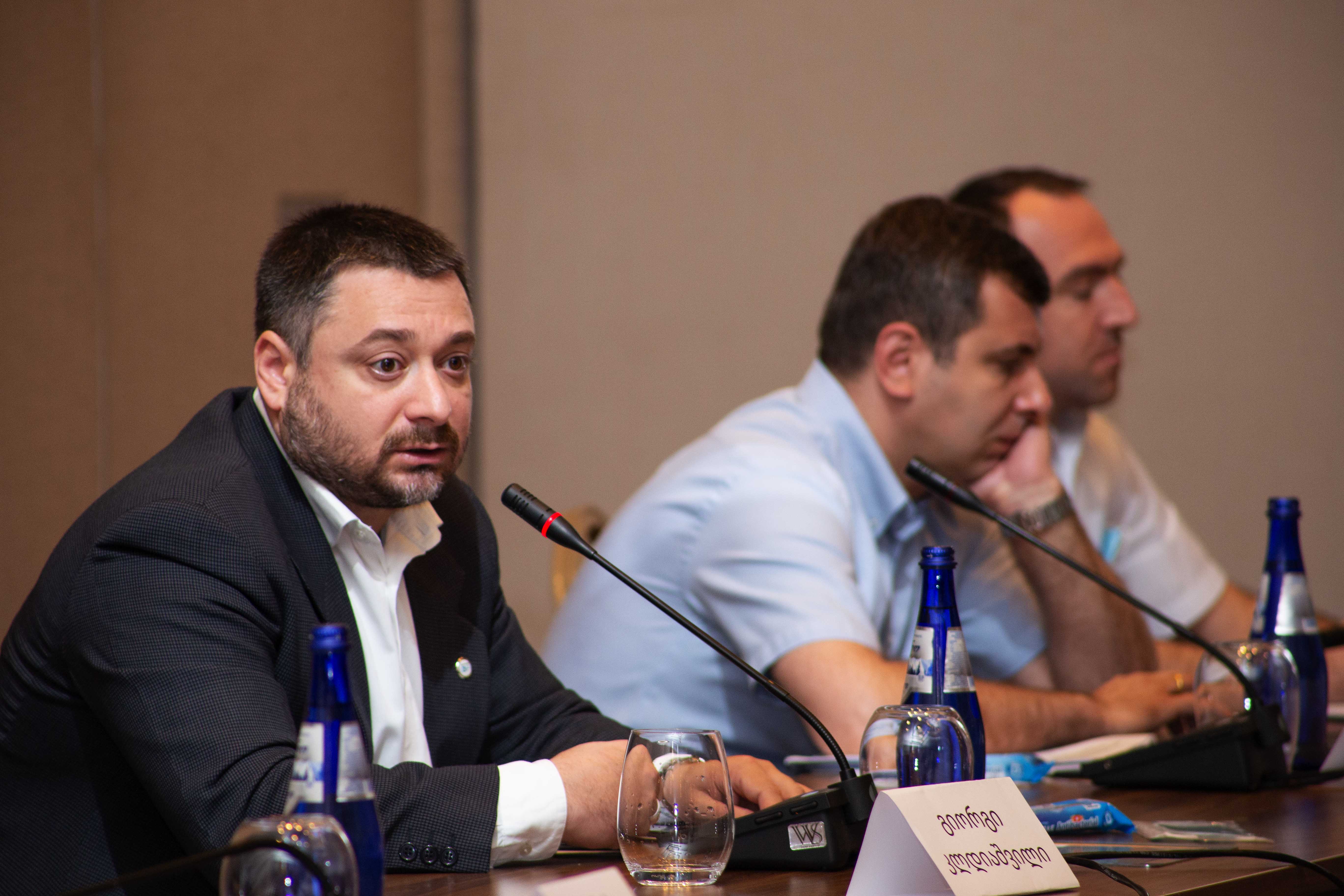 In the end of the meeting, the Chairperson of the Supreme Council, David Gabaidze, thanked the European Union (EU) and the United Nations Development Programme (UNDP) for the support to the Open Governance Council, and expressed his gratitude towards the Institute for Development of Freedom of Information (IDFI) for significant cooperation, and for the support in organizing the workshop.

Open Governance Council of the Supreme Council of the Autonomous Republic of Ajara is supported by a joint project of the European Union (EU) and the United Nations Development Programme (UNDP) “Consolidating Parliamentary Democracy in Georgia.” The project is closely cooperating with the Institute for Development of Freedom of Information (IDFI) to promote Open Governance Principles in the work of the Parliament of Georgia and the Supreme Council of Ajara (SCA).

The Institute for Development of Freedom of Information (IDFI) organized training sessions “Remote Control and Communication Skills” for the staff of the Supreme Council of the Autonomous Republic of Ajara.

Considering the fact that maintaining effective working process is particularly challenging under the conditions caused by coronavirus pandemic, the training session has been directed to strengthening and enhancing remote control mechanisms and communication skills.

30 employees of the Supreme Council passing trainings and have been awarded with the certificates.

The course of training was led by Giorgi Natsvlishvili, Business Analyst of Information Technology of LEPL Data Exchange Agency.

The training was supported by the European Union (EU) and the United Nations Development Program (UNDP) within the framework of the “Consolidation of Parliamentary Democracy in Georgia” initiative.

The Open Governance Permanent Parliamentary Council held first remote sitting. The meeting was led by the Chairman of the Council, Mr. Kakha Kuchava, who discussed the current activities and future plans of the Council. The remote sitting of the Council was also attended by the representatives of United Nations Development Programme (UNDP) and the Institute for Development of Freedom of Information (IDFI), together with other members (international and non-governmental organizations) of the Consultative Group of the Parliamentary Council.

Giorgi Kakhiani and Nino Tsilosani, members of the Open Government Permanent Parliamentary Council, presented an interim report on the Council’s activities for 2020 and summarized the progress of the action plan implementation. Giorgi Kakhiani spoke about the steps taken towards strengthening the efficiency and transparency of the Parliament by introducing innovative technologies and assessed the results achieved in terms of developing a guidebook and video instruction on explanatory note compilation. Deputy Chairman of the Parliament emphasized that the major part of the obligations has been fulfilled and the full implementation of certain directions is related to technical support.

In order to maintain the active working process of the Council and to develop the commitments of the Open Parliament Action Plan for 2020-2021, the Chairman of the Council expressed the initiative to organize a working meeting of the council members and the Consultative Groupof the Council.

The abovementioned remote sitting of the Council was attended by the representatives of NGOs and international organizations as well as the members of the Consultative Group under the Council. It should be mentioned that the Open Governance Permanent Parliamentary Council is implementing its commitments under the OGP Action Plan in cooperation with the Consultative Group. 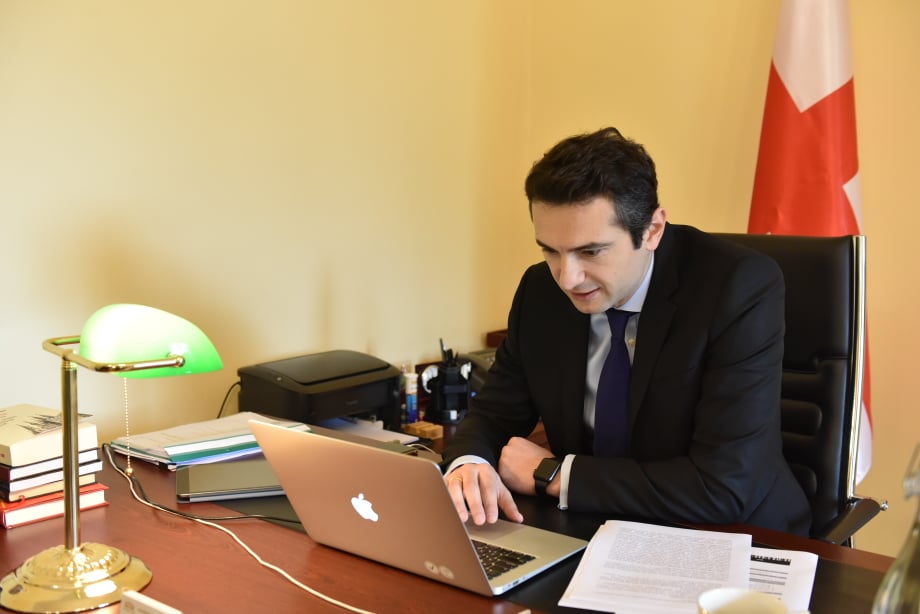 Despite post-pandemic restrictions, the Open Governance Permanent Parliamentary Council managed to keep up active working process. Under the state of emergency, in order to strengthen the Parliamentary openness and raise awareness concerning the involvement of citizens in parliamentary life, the Council elaborated informative documents concerning the state of emergency on Georgian, Armenian and Azerbaijani languages. The initiative was implemented by the Council with the support of the European Union (EU) and the United Nations Development Program (UNDP) in the framework of active cooperation with the Institute for the Development of Freedom of Information (IDFI).