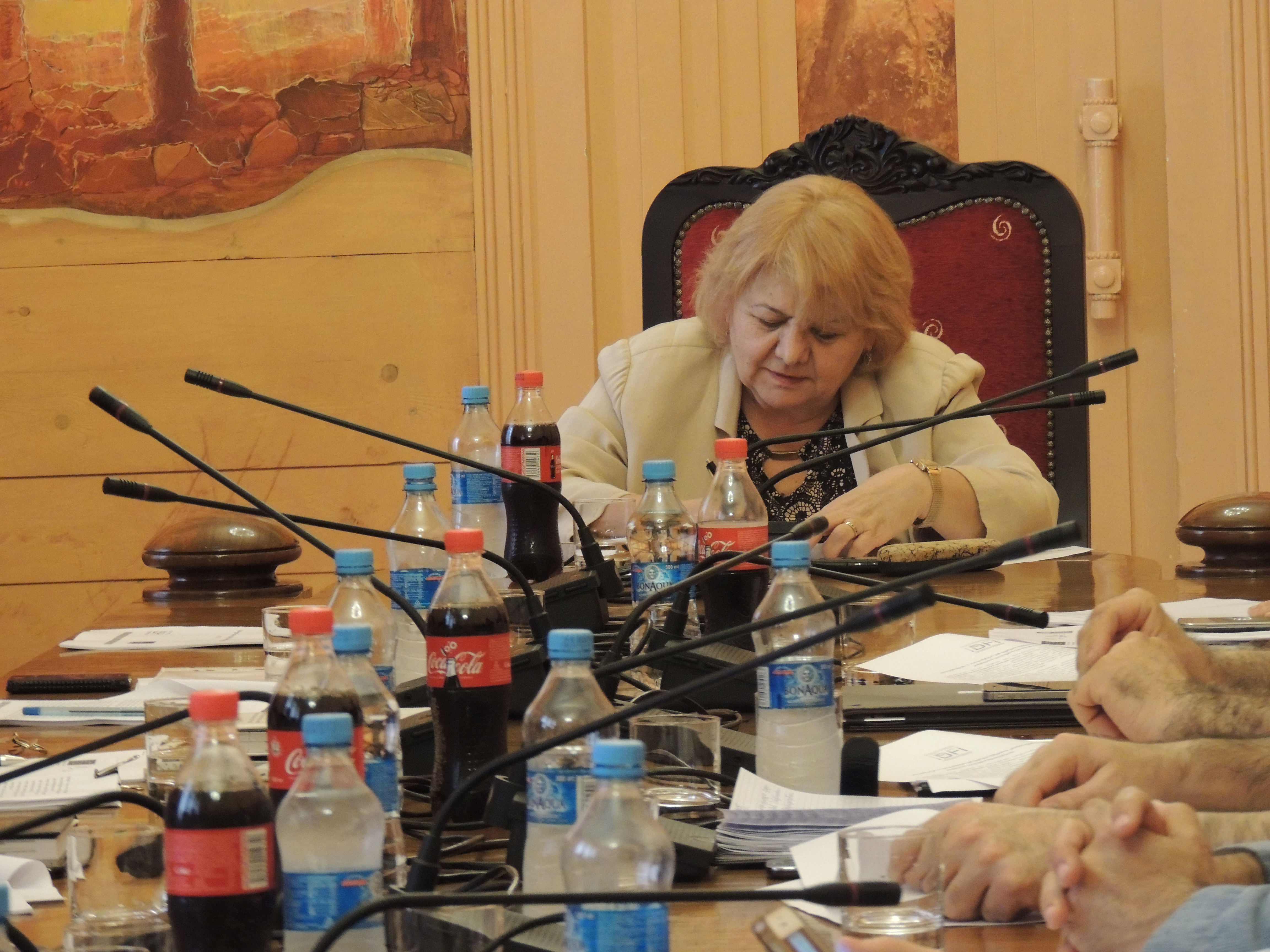 On the 17th of June, Meeting of the Inter-Factional Group and the Open Parliament Georgia Working Group was held. The meeting was conducted within the scopes of the project – “Supporting Parliament of Georgia Involvement in Open Government Partnership”. The project is implemented by the Institute for Development of Freedom of Information (IDFI) in partnership with the Parliament of Georgia within the joint project of the European Union (EU) and the United Nations Development Program (UNDP) “Strengthening the System of Parliamentary Democracy in Georgia”.

The participants of the meeting from the Parliament of Georgia were: Guguli Maghradze, Giorgi Kakhiani and Khatuna Gogorishvili. Following International and Non-governmental Organizations were presented on the meeting: Transparency International Georgia, Georgian Young Lawyers’ Association, Institute for Development of Freedom of Information, Civil Society Institute, Civil Development Agency, the National Democratic Institute, and Eastern Partnership Civil Society Platform. The purpose of the meeting was to improve the draft version of the commitments of the Open Parliament Georgia Action Plan.

The meeting was opened by the member of the Parliament of Georgia, Guguli Maghradze. She spoke about the importance of the Parliamentary Openness and the participation of Georgia in Open Government Partnership. The Chairman of the board of IDFI, Levan Avalishvili spoke about recommendations worked out by IDFI, which includes possibility of Georgian citizens to write a comment on the draft law, also to simplify access for Persons with Disabilities in Georgia to the Parliamentary documents, to create the Parliamentary Council on Openness and Transparency and other issues as well. Levan Avalishvili emphasized the importance of having a result-oriented action plan.

The member of the Parliament of Georgia, Giorgi Kakhiani supported the recommendations of IDFI and mentioned that these recommendations will empower involvement of society in the legislative process. Also, he spoke about importance of informing society which will be achieved by consideration the issues of Action Plan. 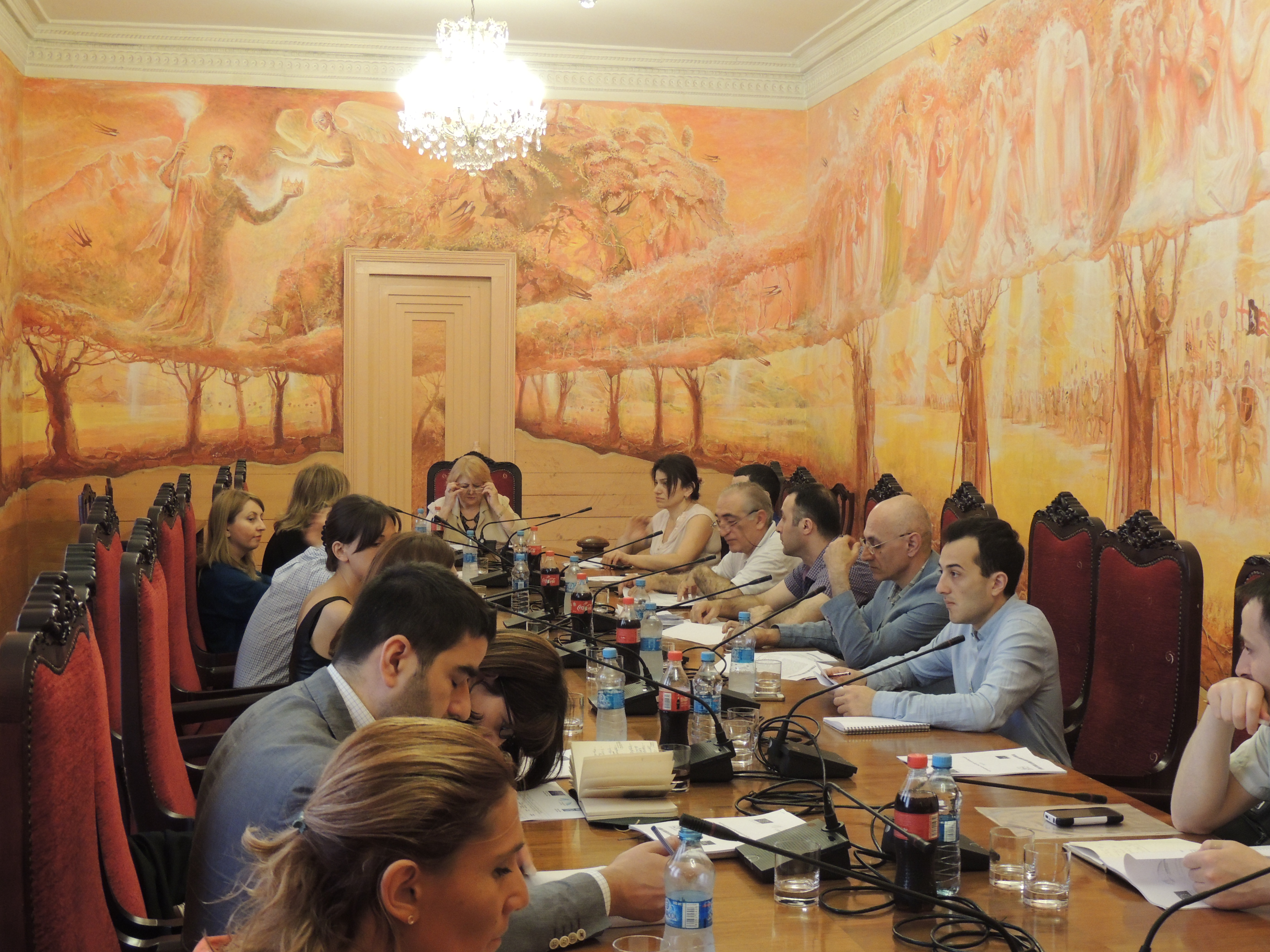 The member of the Parliament of Georgia, Khatuna Gogorishvili, explained that she agrees with Levan Avalishvili’s speech about the importance of result-orientation. “Technically, maybe, will start the working process about issues mentioned by him, but to start the effective and result-oriented process it’s important to discuss these issues on the First Parliament Hearing.”-She said.

Different issues were raised during the meeting. Transparency International Georgia presented some recommendations, including attendance at sessions and committee meetings, to achieve more active engagement of the public in process of the reviewing of committee meeting and sessions. To achieve this, the information on communication with the citizens should be placed on the webpage of the Parliament of Georgia as major part of the society is not informed about it.

GYLA highlighted the issue of publishing the documents in raw format on the webpage of the Parliament and spoke about solutions of the problems. The initiative was supported by Khatuna Gogorishvili, who shared her experience with the participants of the meeting and spoke about difficulties caused by the further usage of the documents.

The representative of NDI underlined the recommendation that foresees development of Code of Ethics for members of Parliament. He mentioned that the Code of Ethics should not be only for one-term Parliament and hoped for Politicians express their political desire for the development of the Code. NDI expressed preparedness to give politicians their recommendations and consultations. Also, he said that the citizens should be given the opportunity to engage with all kinds of forms, not only with the electronic documents through the webpage.

All of the recommendations given by the International and Non-governmental Organizations were discussed during the meeting. The parties agreed on the list of recommendations and discussed the details of their implementation.

The next meeting is scheduled in the beginning of July. Parties will consider the necessary technical and financial capabilities for implementation of recommendations.