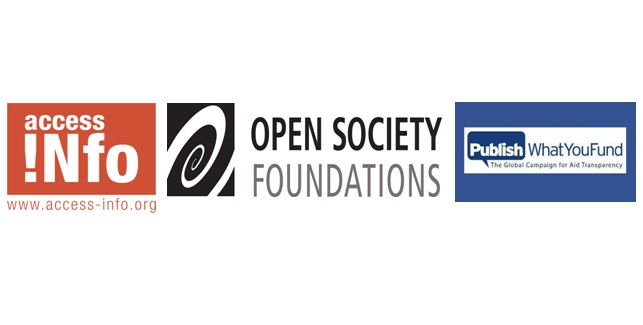 Access Info Europe, Open Society European Policy Institute and Publish What You Fund prepared a letter calling on Members of the European Parliament to take action so that the European Union institutions join the Open Government Partnership. The letter is open for sign-ons from civil society organisations across Europe and beyondInstitute for Development of Freedom of Information (IDFI) has joined the call.

Since its launch in 2011, 65 countries have joined OGP, including 20 EU member states, 5 candidate countries and another 9 European Neighbourhood countries. The authors of the letter believe that since the EU takes decisions that govern the everyday lives of over 500 million EU citizens, it is high time for EU to commit to this international initiative aimed at increasing transparency, accountability and participation.

The authors and signatories are asking the European Parliament to initiate an exploration of how the European institutions (primarily the European Commission, Parliament and Council) can become active participants in the Open Government Partnership, with a view to eventual membership.

More specifically the letter calls on to:

• Initiate discussions internally within on how the EU can engage with OGP;
• Engage the European Parliament’s Committee on Constitutional Affairs (AFCO) to investigate how OGP might assist its efforts to improve the functioning of the EU;
• Ensure that the own initiative report on Transparency, Accountability and Integrity in the EU institutions (Sven Giegold/Greens/European Free Alliance), scheduled for consideration in the autumn contains ambitious and practical reforms, that reflect OGP standards;
• Encourage the parliamentary intergroup on integrity (Integrity – Transparency, anti- corruption and organised crime) to assess OGP criteria, methodology and action plans to inform its work, including through a public debate on OGP in the parliament;
• Ask parliamentary questions of the European Commission to initiate discussions with the OGP Steering Committee to explore EU institutional engagement with OGP.

It should be mentioned that this is not the first time when EU is asked to commit to close engagement with and eventual membership of the Open Government Partnership (OGP). In July 2014, prior to the European elections up to 70 civil society organizations across Europe made a similar call to the new EU leadership. Despite statements made by the new Parliament and Commission on the significance of transparency, the authors of the letter believe that EU institutions are more distant than national governments from European voters. For example, the recent report by Open Knowledge “Where does Europe’s money go?” highlights the difficulty for European stakeholder groups in understanding how EU funds are being spent.

Furthermore, EU engagement with the Open Government Partnership is also a recommendation by the European Ombudsman.

Interestingly, the letter highlights that in some countries parliaments are making their own commitments to become more transparent and accountable. For example, Croatia has committed to including external members like scientists and experts in Parliament working bodies. In this context it should be mentioned that on July 17th, the Bureau of the Parliament of Georgia adopted the Open Parliament Georgia Action Plan . The Open Parliament Georgia Action Plan was elaborated within the scopes of the project – “Supporting Parliament of Georgia Involvement in Open Government Partnership”. The project is implemented by the Institute for Development of Freedom of Information (IDFI) in partnership with the Parliament of Georgia within the joint project of the European Union (EU) and the United Nations Development Program (UNDP) “Strengthening the System of Parliamentary Democracy in Georgia”.